Holocaust survivor and educator Benno Black died this week at age 96. An obituary published in the Star Tribune said Black, of St. Louis Park, died on Wednesday. Black was one of 10,000 children evacuated to Britain and other countries during the “Kindertransport,” an effort to save Jewish children from what became the Holocaust.

Annette Mary Dressen, 70, passed away from heart failure on Sept. 28, 2021 in Minnetonka, Minn. Family memorial services will be held later this fall. Annette graduated from Pipestone High School and attended St. Cloud School of Nursing. She worked as a Registered Nurse in many Minneapolis area hospitals and clinics during her long career, including the University of Minnesota, Miller Hospital, Aeotek, BrightStarCare, Nicollet Health Services, Neuro-Surgical Associates and home healthcare for families.

Roger L. Shellito, age 63 of Oak Park, MN. Died Saturday October 16th at Osseo Villa. Roger was born on September 8, 1958 in Robbinsdale, MN. The son of Sherman and Joyce Shellito. Roger worked for Wayne Pike Auction for many years he enjoyed being the "Ring man". He was...

Edward J. Klepperich, age 78, of Webster, MN passed away on Wednesday, October 13, 2021 at the Mayo Clinic Hospital in Mankato. A Mass of Christian Burial will be held Tuesday, October 19, 2021 at 11:00 A.M. at St. Bernard Catholic Church (210 Church St E) in Cologne with Father Abraham George as Celebrant of the Mass. Visitation held 1 hour prior to Mass. Interment in the church cemetery.

LeRoy W. Schmig age 80 of Norwood Young America passed away on Thursday October 14, 2021 at the Ridgeview Medical Center in Waconia. Memorial Service held on Friday October 22. 2021 at 11 A.M. at the Evangelical Free Church (509 Jefferson Ave. S.W.) in Watertown with Rev. Greg Loomis as officiant; Gathering of family and friends one hour prior to the service at church on Friday.

Coughlin, James Edward passed away on Wednesday, Oct. 13, in Inver Grove Heights, MN. Jim is survived by his wife Lorna McLeod, his two sons, Kevin (Jodi) Coughlin of Excelsior and Kyle Coughlin of Chicago, and his Grandson Aidan Coughlin (Kevin); sister Barbara, cousins, and many friends. Jim grew up in Duluth, MN and graduated from the University of Minnesota-Duluth in 1956. After spending two years in the Army after graduation, Jim became a sportswriter for the Duluth Herald & News-Tribune. He later worked for the UMD News Service and became the school's first Director of Alumni Relations. In addition, he was the tournament coordinator for the 1968 Frozen Four in Duluth. Jim and family moved to Golden Valley in 1973 and he worked for United Way, KTCA Channel 2 and Children's Home Society, raising funds for non-profits. He continued his connection with collegiate sports by serving on the statistical crews at U of M football, basketball, and hockey sporting events for some 40+ years. Jim became an author later in life, penning "Squaw Valley Gold" a history of the 1960 USA Olympic Hockey Gold Medal winning team through the stories and recollections of those who played and witnessed the event 20 years before the Miracle on Ice in 1980. He was a loving father, proud grandfather and loyal friend.

Ronyak, Robert M. Robert Ronyak, 79 year old resident of Minneapolis, MN, passed away on Saturday, October 16, 2021 at the Minneapolis VA Hospital. A Mass of Christian Burial will be held on Wednesday, October 20, 2021, at 12:10 P.M., at The Church of All Saints, 435 4th Street NE, Minneapolis, MN, with visitation starting at 11:00 A.M. at the church. Caring for Robert and his family is the Shelley Funeral Chapel of Little Falls, MN. Bob is survived by his brothers, Bernard and Raymond; sisters, Rosemary Pyka, Virginia Krawczyn-ski, Mary Ann Lindsay, and Deborah Ronyak; 17 nieces and nephews, 23 great-nieces and nephews, and 5 great-great nieces and nephews. Bob was preceded in death by his parents, Benedict and Mary Ronyak; brother, Roman; sister, Rita and nephews, Eugene and Jude.

Levin, Jeanne Lotterman age 92, of Edina, died from Alzheimer's & a broken heart on Saturday, October 16, 2021. Jeanne couldn't live without the love of her life, Albert, who preceded her in death by 2 weeks. She is also preceded by parents Rachel and Maurice Lotterman; son-in-law Alan Shapiro; sister and brother-in-law Sylvia (Arnold) Goldman; baby brother Sherwin; baby sister; parents-in-law Rae and Abraham I. Levin; & sister-in-law & brother-in-law Millicent (Robert) Sukman. She is survived by children, Steven (Mimi) Levin and Carol Shapiro; grandchildren, Scott (Michelle) Shapiro; Lauren Levin (fiancé Chelsea Cimilluca); Mark Shapiro; Andrew (Carly) Levin; and Stacy (Sarah) Shapiro; great-grandchildren Alexia, Adrian, Liv, Willow and Blake. Jeanne was an active member in the community. She was an original member of the Headstart Program providing comprehensive early childhood education for low-income children. She was a VP for both Mt Zion Temple Sisterhood and NCJW, and was on the Board of the Sholom Home Auxiliary. Jeanne always said that she chased Al until he caught her. Married for 71 years they loved movies, travel, shopping, world affairs and collecting contemporary art. Jeanne & Al always kept abreast of current trends and played monumental roles in their grandkid's lives. Many thanks to Jenny and the extraordinary staff at Breck Homes, Aurora Assisted Living Community and all the wonderful caregivers during the past few years. Funeral service Tuesday, October 19, at 1:00pm, TEMPLE ISRAEL, 2323 Fremont Avenue South, Minneapolis. SHIVA will take place at Oak Ridge Country Club upper parking lot at 5:00pm weather permitting. We ask that masks and Social Distancing guidelines are followed for the funeral service and Shiva. Service and Shiva also available on Zoom. Email [email protected] for link. In lieu of flowers, memorials are preferred to the Alzheimer's Association, the Jeanne and Albert Levin Family Fund at JFCS or Temple Israel. Hodroff-Epstein 612-871-1234 hodroffepstein.com.

Enter your ancestor's name below and we'll search obituaries to help you learn more.

Sorting through masses of historical archives to find your ancestors can be challenging. Discovering your family history previously involved traveling to various records offices and spending hours sifting through files.

At GenealogyBank, we have made family research easy by digitizing more than 330 years’ worth of Hopkins obituaries in our national newspaper database. Now you can look up Hopkins obits and track down your bloodline in Minnesota in a matter of seconds.

More than 95% of our online database cannot be accessed via any other platform. We take the hassle out of looking through the Hopkins obituary archives.

Some of the benefits of looking up Hopkins local newspaper obituaries include:

With newspapers being the primary source of communication within communities for centuries, Hopkins obits are a treasure trove of vital genealogical information.

But how do you perform a Hopkins, Minnesota obituary search and get accurate results?

How do you begin searching through our vast Hopkins obituary archives?

The easiest way to perform a basic Hopkins obituary search is to enter the last name of your relative and press the “Search” button. You’ll gain access to thousands of Minnesota newspaper obituaries in seconds.

However, if you have a common last name or want to discover someone specific, you need to go deeper than this by using advanced search techniques. Follow these steps to begin narrowing down your results:

Accurate recordkeeping has always been a major problem for modern family historians. When tracking down your ancestors, you need to be aware that mistakes were common. Many records were taken orally and so may have been noted down incorrectly.

Older Hopkins, Minnesota local newspaper obituaries typically contained valuable pieces of family history. These snippets of information can confirm whether an ancestor belonged to your family and may also serve as foundations for additional research into your extended family.

When searching Hopkins obits, here are our top tips for uncovering your family history:

These research strategies can help you dig deeper and overcome those frustrating dead ends. Using these search techniques can also help you fact-check your findings to ensure you have the right person.

How to Find Death Notices in Hopkins

Death notices in Hopkins are another source of valuable information for discovering those elusive ancestors. There is a difference between death notices and obituaries, however. Even though some people use the term interchangeably, they are two different things.

Obituaries are newspaper ads taken out by the family. They describe the person, their life, and who they are. Death notices are formalized reports that someone has died.

Death notices were often used to tell family, friends, and extended family members about a person’s death and where the funeral service will be held. They are especially useful if you want to find out where one of your ancestors was buried.

Hopkins obituaries, on the other hand, are dictated entirely by the family. Inaccuracies and exaggerations were always common, so take the information detailed in them with a pinch of salt.

If you want to look up death notices alongside Hopkins local newspaper obituaries, here are some tips on how to do it:

Hopkins obituary archives and death notices are invaluable sources of genealogical information. If you’re ready to trace your story with GenealogyBank, perform your first search now.

Other Useful Collections To Try

For more information on discovering who you are and where you came from, download our free guide, “Tips for Searching Newspapers.”

Statement From City Of Hopkins Regarding Death Of George Floyd

'Here in Hopkins, we consider our rich diversity to be one of our greatest assets. We do not, and will not, tolerate racism of any kind.'

A teacher at Gatewood Elementary School in Hopkins for 40 years. 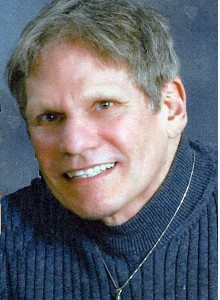 Active Member of Gethsemane Lutheran Passes Away at 76

A service for Mary Alice Weld was held Tuesday in Hopkins.

Alan 'Buzz' Bergerson Passes Away at 62

A memorial service was held Friday in Hopkins.

In Memoriam: A Jazz Pioneer and a VFW Leader

Some extraordinary people with ties to the west metro died recently. Read their obituaries, which ran on area Patch sites.

The St. Louis Park resident died Monday at the age of 89.

She was a nurse for Bloomington Public Schools and for the Hennepin County Home School.

Stiele co-owned and operated Hopkins Auto Body for over 50 years.

Martineau was a Hopkins resident for almost 50 years.