The lucky block mod is an exciting and potentially devastating add-on to Minecraft. It adds a golden block, the lucky block to be specific, with a Question mark on all sides and once broken has a chance of spawning something good or something awful or even something completely neutral. The blocks can be crafted by surrounding a dropper with 8 gold ingots. The luck of each block can vary on a scale of -80 to +80. Unlucky blocks are anything below 0 luck and lucky blocks are anything above 0. The fun of the mod is taking a chance on breaking the block and either being rewarded like royalty or utterly devastated to oblivion. 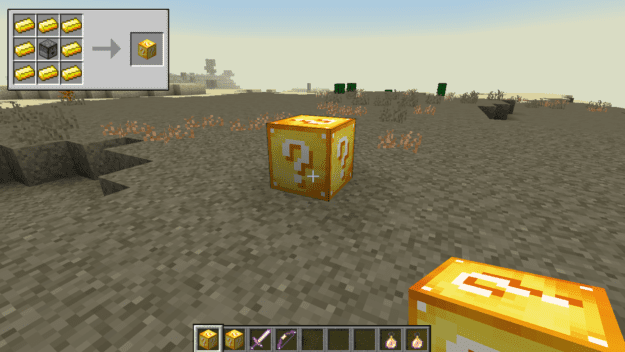 The blocks can also spawn randomly throughout your world. The chance is rare but sometimes they will spawn in structures that will indicate how lucky or unlucky the block might be. 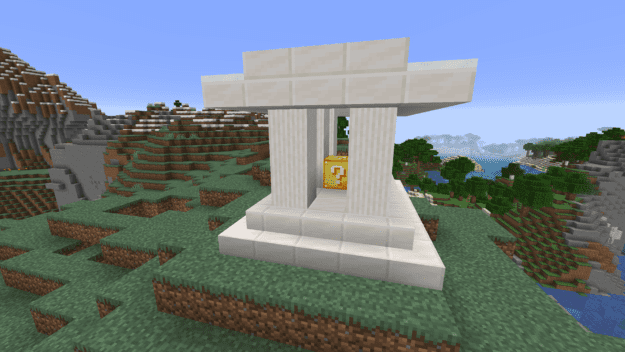 When you do get lucky, the block has a chance of spawning great and/or rare items like a bevy of food and sweets that may or may not contain some poisonous items to sift through. 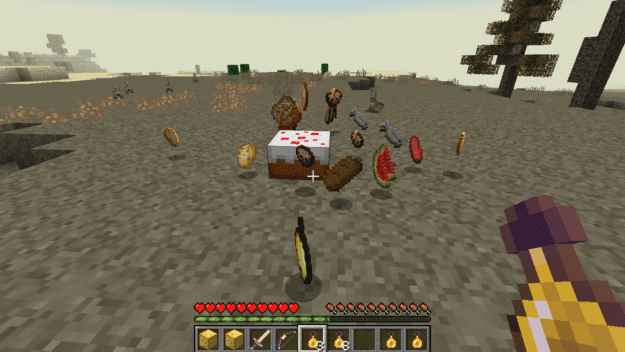 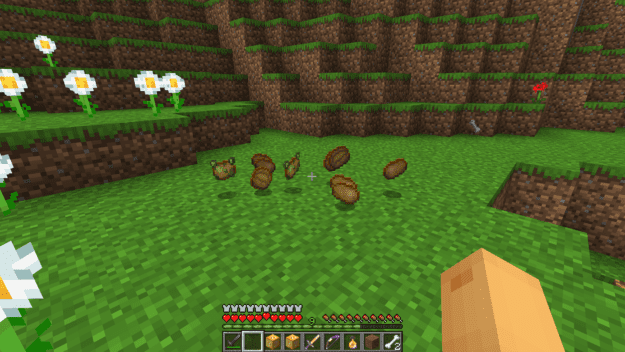 You may even luck out with a brand new horse clad in armor. This could come in very handy especially if you’ve already run into an unlucky block and need a quick getaway before you decide to risk opening another one! 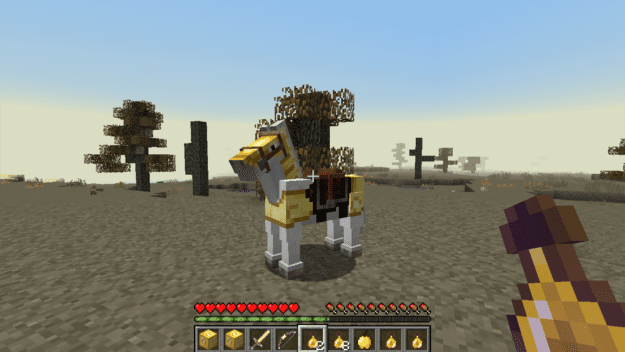 There’s also the very likely chance of opening a 0 luck block and you end up with a single sponge. 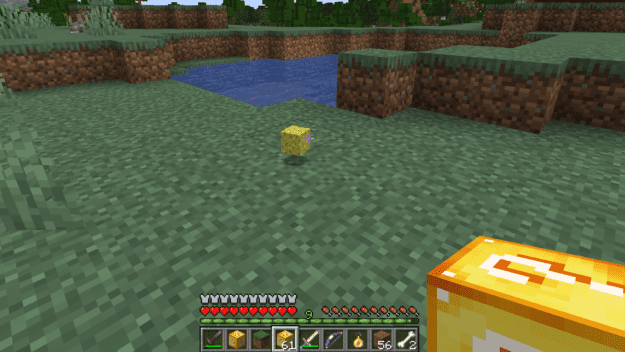 Don’t let this discourage your curiosity, though, because there are so many variables in what could possibly come out of each block. There are some hilariously bizarre outcomes like this tall stack of pigs with a villager on top! 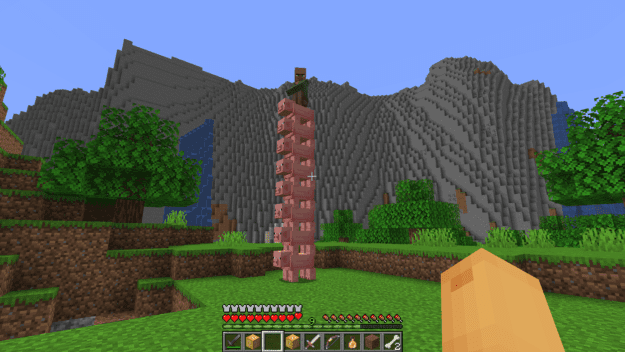 The other side of the coin could end up very destructively to you or any nearby structures so always be prepared. You could end up trapped in an iron cage with mere seconds to escape the lava block directly above your head. 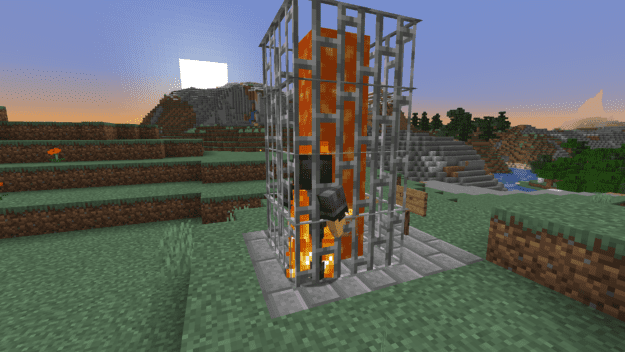 Unlucky blocks can also spawn some deadly enemies like armored zombies or even incredibly strong, flying, undead, horsemen that also happen to really dislike you immediately. This is where you would want to be very prepared before breaking any lucky block by arming yourself and might as well make sure you’re wearing a decent set of armor just in case. 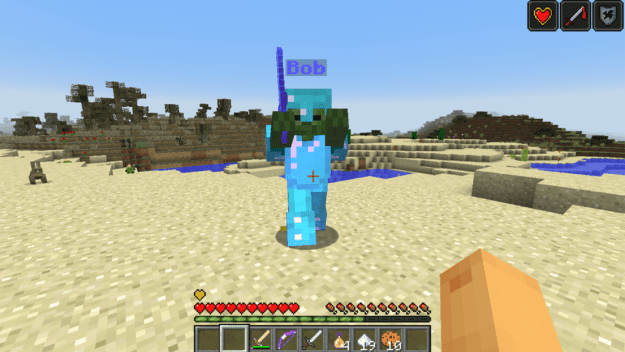 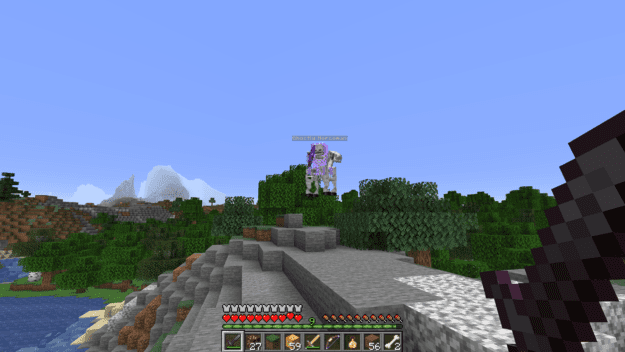 Super lucky blocks may drop lucky potions that can also vary in the good or bad luck bestowed upon breaking them. You might end up in a sudden breakout of fire. 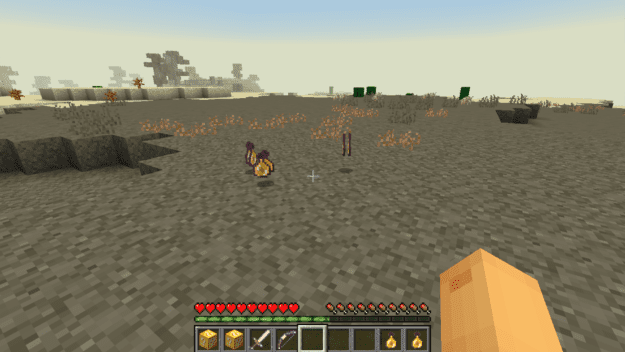 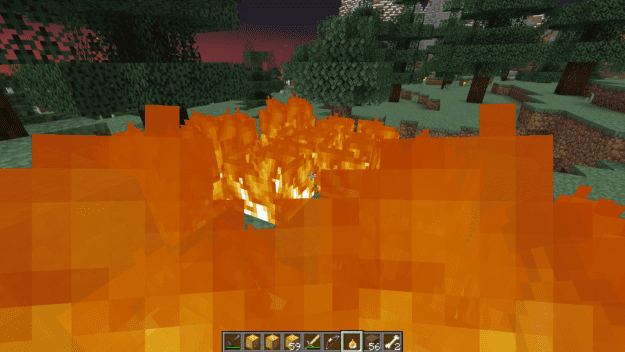 Or you could be granted a bunch of cookies and sugar! 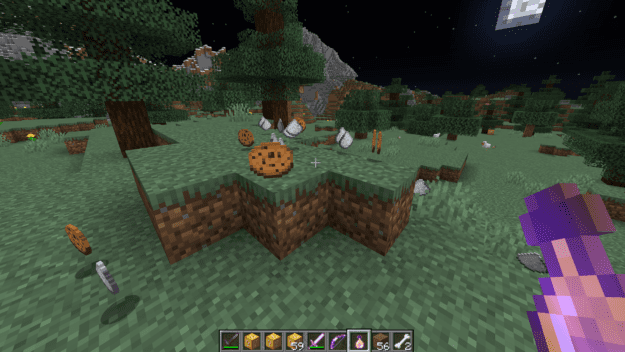 And even the possibility of being splashed with several great potions all at once! This will instantly hit you after the block breaks so the buffs apply right away but since they can also be unlucky there’s a chance for a lot of negative potions to all take effect at once too. 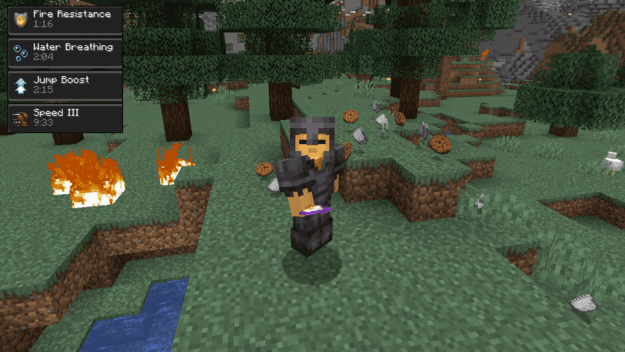 The blocks can also drop lucky swords and bows that are essentially normal in terms of damage amount but they have a chance for dealing lucky hits like extra health or negative potions on your enemies. The bows may even fire TNT or meteors! 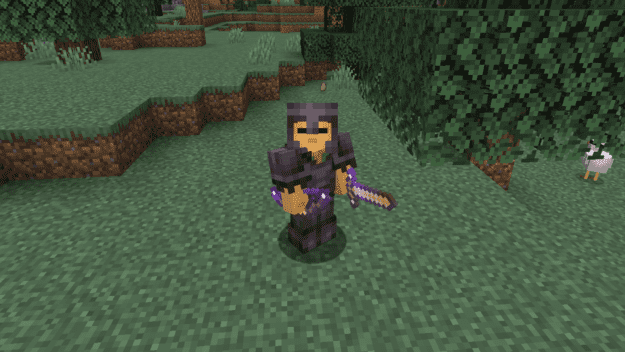 The overall purpose of this mod is to give new usage to gold ingots. If you find yourself always stocked with gold but don’t ever use it, this mod is for you. You can now turn that usually weak metal into Lucky Blocks and let fate decide what comes out. 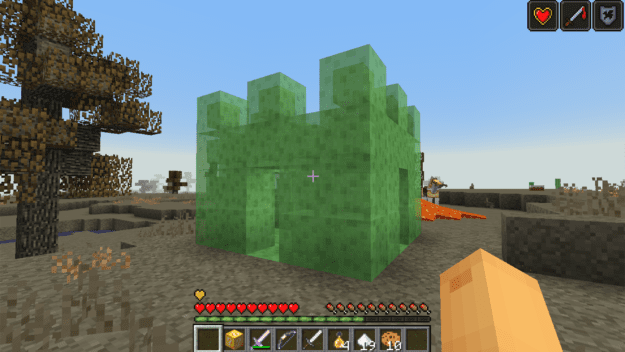 It’s a neat mod for multiplayer servers as well or for making game maps but with how random the blocks behave it can be a dangerous mod for your regular map. It’s recommended to either back up your map or create one specifically for this mod lest you risk wreaking unwanted havoc on your favorite world.

Minecraft mods are a fun way to make the game more enjoyable and challenging. Minecraft has one of the most active modding communities in the world and they have created amazing mods like RLCraft, Optifine, JurassiCraft, Lucky Blocks, and more.

Lucky block is one of the most fun and entertaining Minecraft mods. In this mod, players will be able to craft and find lucky blocks. However, lucky blocks are not always lucky as their name suggests. Sometimes, players can also get unlucky and receive dangerous effects.

After the release of the first lucky block mod, many modders created their own variant of lucky block mods with new crafting recipes and different unlucky and lucky loot tables. This article covers some of the best Lucky Block mods for Minecraft. 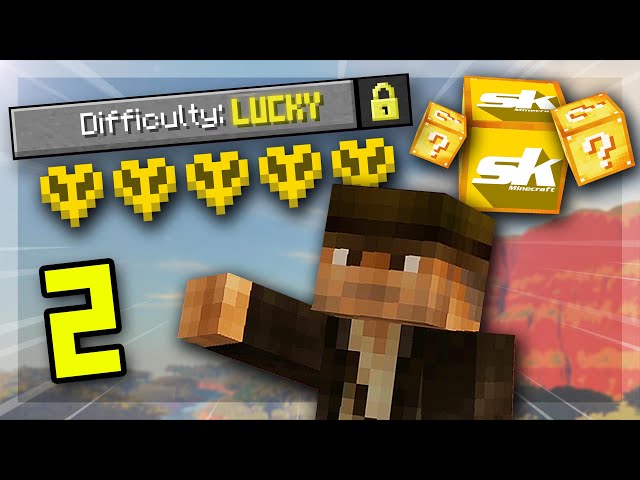 It creates new structures all over the world that contain the lucky blocks. When players mine a lucky block, they will get a random outcome out of over 100 different possibilities. Players can generate loot structures, get powerful custom weapons, spawn hostile boss mobs, and more.

Players can craft a spiral lucky block using a diamond, an emerald, a redstone, a lapis lazuli, and one lucky block. 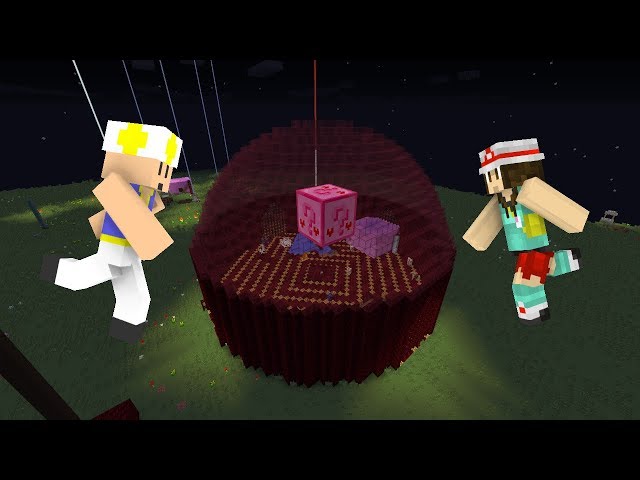 Lucky Block Pink is an improved variant of the regular lucky blocks mod. It is available for version 1.7.9 to 1.16.5. This custom mod has new structures and items from the latest mod with over 1100 new drops. To use this mod, players will have to install the original Minecraft lucky block mod.

This mod is another lucky block by Tmtravlr, the creator of Lucky Block Spiral. The developer had too many new ideas, which couldn't fit in the previous projects. It is a new lucky block add-on with unique loot and over 300 drops.

This Minecraft mod is for players who are tired of the same old lucky blocks. Lucky Block OMEGA adds many new types of custom weapons, armors, items, and mobs. Players can craft an omega lucky block using four diamonds, four blue wool, and one lucky block.

Introduction: How to Make a Lucky Block in Minecraft Using No Mods

My name is Dylan Tart and this is my first Instructable. I am an 11-year-old homeschooler who enjoys everything Minecraft.

In this class, I am going to teach you how to make a lucky block (no mods) in Minecraft.

Place an observer block "face" up in the middle of the hole. The observer has to be on ground level.

Get a command block by putting this command in the chat box:

Place the command block under the observer. Fill in one of these commands:

Fill in the rest of the hole so it flushes with the ground. Place a sponge/yellow wool on top of the observer block.

Break the block and see what happens!

Congratulations!! You have finished this Instructable.

Did you make this project? Share it with us!

Go forth in the bible