Below is a sample search of our Boston Terrier breeders with puppies for sale. The search tool above returns a list of breeders located nearest to the zip or postal code you enter. From there you can see photos of their pups, find detailed information on their web page and contact them by e-mail, phone and even get driving directions.

(Detailed contact information has been omitted. Enter your zip or postal code above to access our up-to-date directory).

This is a FREE search tool! Use the form at the top to get complete listings for breeders in your area!

Important: Breeders.net has not screened the listed breeders and accepts no responsibility for their reputation or quality. It is your responsibility to investigate. See How to Find a Dog.

No Puppies available at this time.Have had Bostons for over 20 yrs.Dogs/puppies are AKC. Reg.Bred to the standard.Pet Puppies are 1500. with1 yr. health guarantee against genetic pproblems

We raise quality AKC Boston Terrier Pups in our OHIO home. Our pups are hand raised with lots of tlc and socialization. parents on premises. inquiries answered promptly.Stud service is also available

We specialize in Companion Pets, not for breeding, unless private treaty with someone I have a personal relationship with. Companion Puppies currently are priced at $1800.- $2500.

We have a few Bostons as family pets, and do some breeding!!!!

Once you have had a wonderful dog, a life without one, is a life diminished.Dean Koontz (author)

Services:Puppies and Stud Service. My breeding program is small enough to give each litter the attention it deserves. All Boston Terriers are AKC reg.Cerf tested.Champion bloodlines.2yr. guarantee.

We live on a small 15 ACRE farm. We have horses, pigs, cows, and the dogs. We raise them all with lots of love. We also take pride in raising healthy happy puppies!

Updated September 2021*1 Male puppy available*Boston terrier puppiesCLICK ON THE PICTURE OF THE HOUSE TO GO TO MY WEBSITE TO SEE PUPPIES AVAILABLE. www.berisasbostonterriersofnj.com

I've been showing and raising AKC Boston Terriers for 30+yrs. My puppies are born & are the center of attention in my upstate New York home.

We live on 18 beautiful acres w/ our dogs, cows & horses. Our pups are lovingly brought up in our home, very social and healthy. We are AKC inspected and compliant, and raise Boston Terriers.

Welcome to our Boston Family. We are the pleased and proud to be involved with the best dog breed in the worlUId, the Boston Terrier. All of our Bostons are our family pets and are AKC registered.

Beautiful Boston female puppy.. Socailized with my grandchildren. She has a one year health guarantee. She is ready now. Call or text.919 397 4919

I am expecting another litter around September 19th. Please reach back out to me on September 15th at 910-214-0900 if you're still looking.

Adorable Boston Terrier puppies. BAER and CERF tested, 3 vaccinations, and de-wormings, puppy package, health certificate, and guarantee. Puppies are raised in my home with children and other pets!

We raise our baby's in our home. Boston puppies are here , if interested please feel free to text or calll puppies will be ready 8/22/2021 feel free to contact me for pictures and information

We have one beautiful Boston Terrier Male. He is 8 weeks old and ready to go.

Boston Terriers of Boston breeds personally owned dogs for purpose of improving, exhibiting,showing the breed,for use in legal sporting activity&for other personal reasons to help better the Breed….. 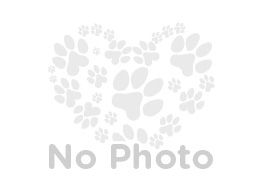 Bobo is a male, ACA, Boston Terrier!!! Boston Terriers are friendly, bright, and amusing to watch play. Bobo is no exception. He loves to flip his toys in the air and wants you...

Blackjack is a super-cool, ACA, Boston Terrier! Bostons are bright, friendly, amusing, and very affectionate. He loves to lay on your lap and just chill out! Blackjack is well...

This adorable little prince is playful and friendly and well socialized! He will be the perfect addition to your family! Call anytime Monday to Saturday. Sunday calls will be...

Truly an “All-American” dog, the Boston Terrier is a lively and highly intelligent breed with an excellent disposition. Conveying an impression of determination, strength and activity, he is short-headed and compactly built, and must be black, brindle or seal with white markings.

Following the Civil War, the Boston Terrier breed was developed in the stables of Boston, Massachusetts, as a fighting dog. An imported dog known as “Hooper's Judge” (sold to a Boston man in 1870) became the ancestor of almost all true modern Boston Terriers.

The breed is an American creation, resulting from a cross between an English Bulldog and a white English Terrier. In 1891, the breed became known as Boston Terriers, taking the name of the city where they originated.

The Boston has been nicknamed “the American Gentleman” because of his dapper appearance, characteristically gentle disposition and suitability as companion and house pet. They require only a moderate amount of exercise and a minimum amount of grooming. The breed is easy to train and they are easy keepers, preferring to remain by their owners sides.

Do you think the Boston Terrier is the right breed for you and your family? Check out our available puppies page to see all of our Boston Terrier puppies for sale!